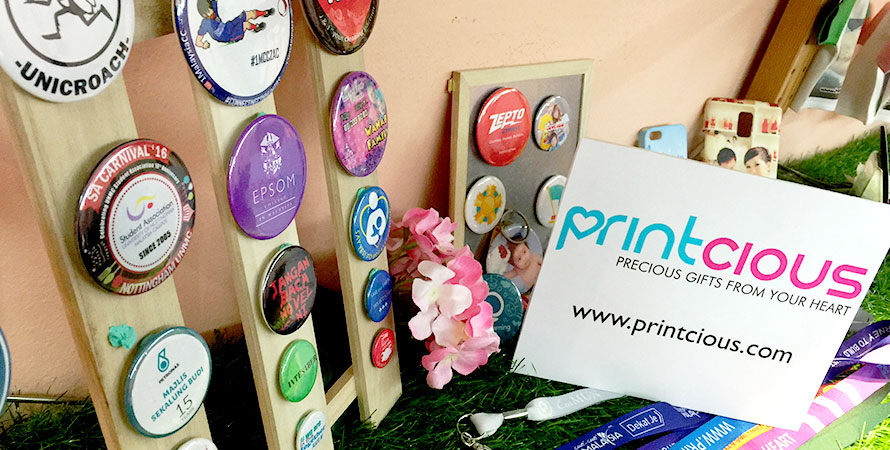 A few nights back, a group of special individuals that had started their own start-up companies or manage an MNC company gathered and exchanged their business experiences over barbecue. It’s called the #250m BBQ Networking Dinner because these companies are estimated to produce 250 million USD gross of domestic power. Some of the few companies that were present were KFIT, Designs.net, EasyParcel, 123RF, ServisHero, Zalora, Google and of course Printcious! 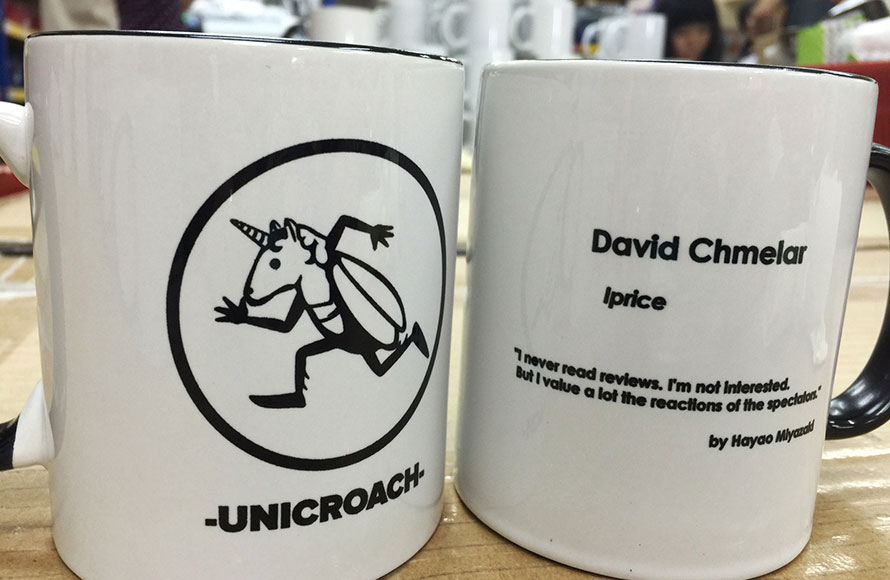 And where Printcious goes, our gifts are sure to follow. For this event, Printcious offered t-shirts at cost price and fully sponsored button badges, stickers, non-woven bags and lastly mugs individually customised with unique names and quotes just for the attendees worth RM2,000! 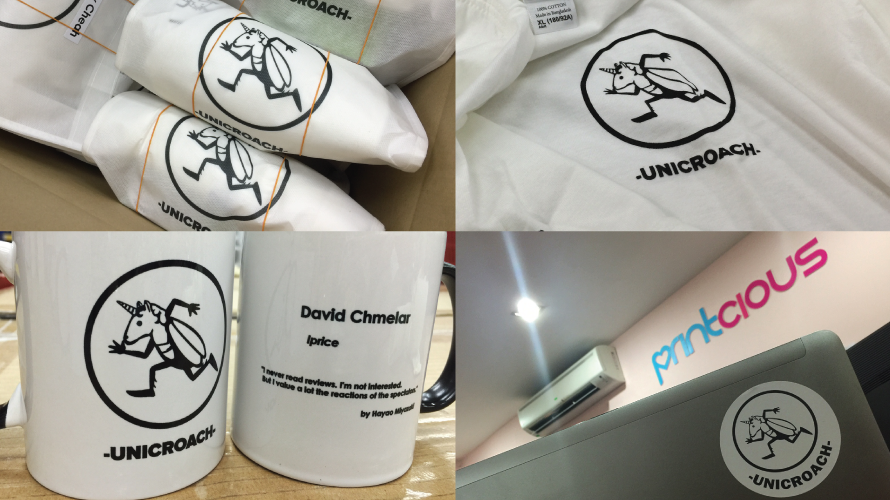 You might be a little confused by the Unicroach (Unicorn + Cockroach) logo, but let me explain the meaning behind this… peculiar creature.

In 2013, Aileen Lee founded that 0.7 percent (or 1 in every 1,538) software start-ups that are valuated at 1 billion USD is just as rare as finding a Unicorn. For example, the first Unicorn, Google Inc. was founded in 1990 being the clear “Super-Unicorn” at the valuation of more than 100 billion USD. Now, the term is used to define tech start-ups with growth that skyrockets fueled by venture capital investments. Investors has come to realise that there is much promise in the investments of tech start-ups. Fast forward today, investors realise that tech start-ups with Unicorn-like potential require a lot of resources to scale to a profitable margin and at the same time facing high risks in the predicted economic downturn. That’s where the Cockroach comes in.

In contrast to the Unicorn, a Cockroach builds slowly and steadily keeping aware on revenue and profits at all times. A Cockroach spends conservatively on marketing to keep weary of the unsuspecting storm. Unlike the mythical Unicorn, a Cockroach braves any environment just like it did during the nuclear war.

Analogy aside, the investment community is now at the debate of who makes a better investment, the Cockroach or the Unicorn? The #250m networking dinner celebrates the collaboration of both the Unicorn and a Cockroach. Who said you couldn’t grow at a safe pace? With the right mentorship and spending, a smart start-up grows faster than a Cockroach with less risks of a Unicorn.

And what did the attendees say about our gifts? 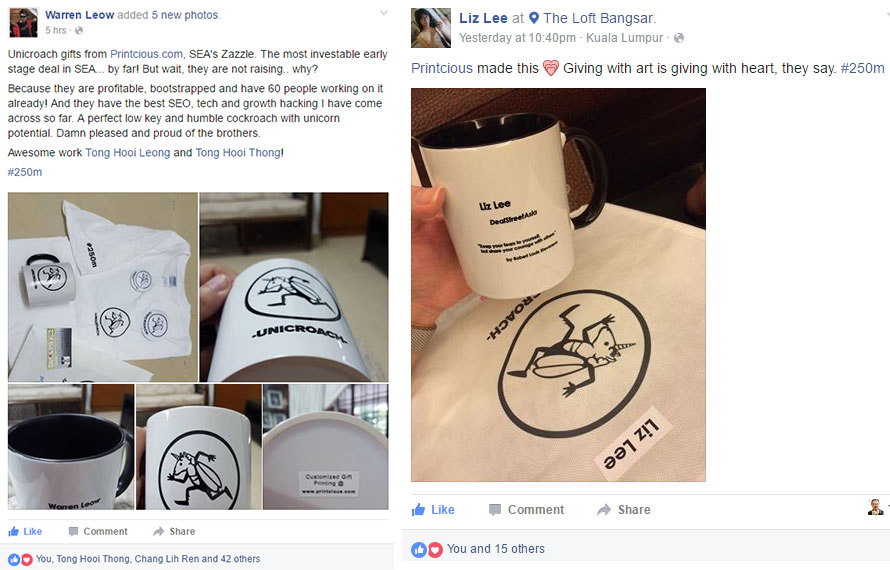 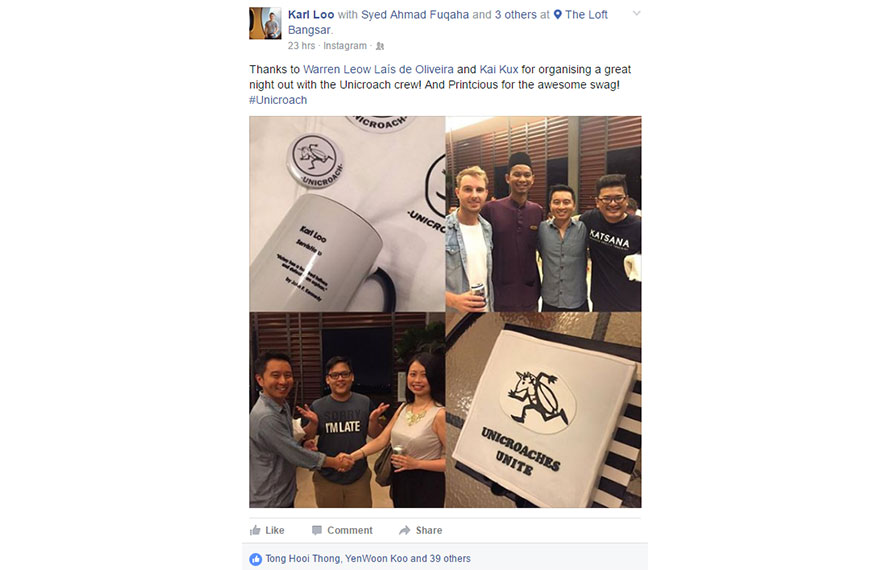 Printcious would like to thank Warren and Lais for organizing a spectacular networking events for local start-ups! It was the perfect informal way for people to exchange experiences and ideas. 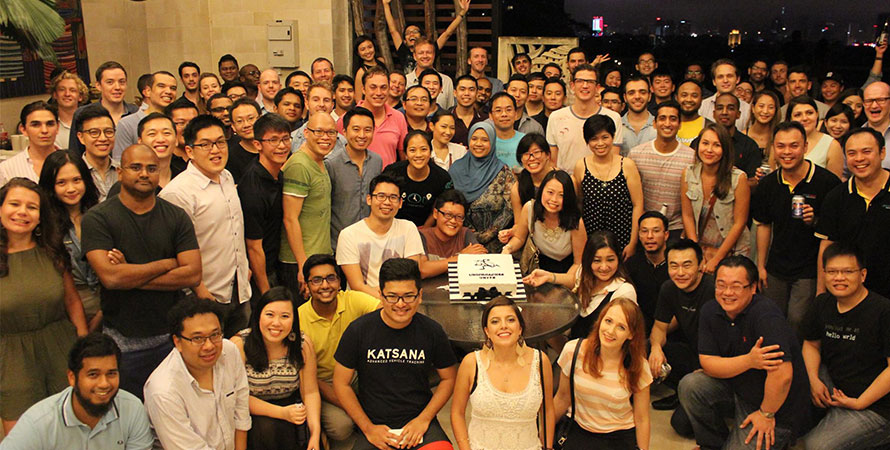